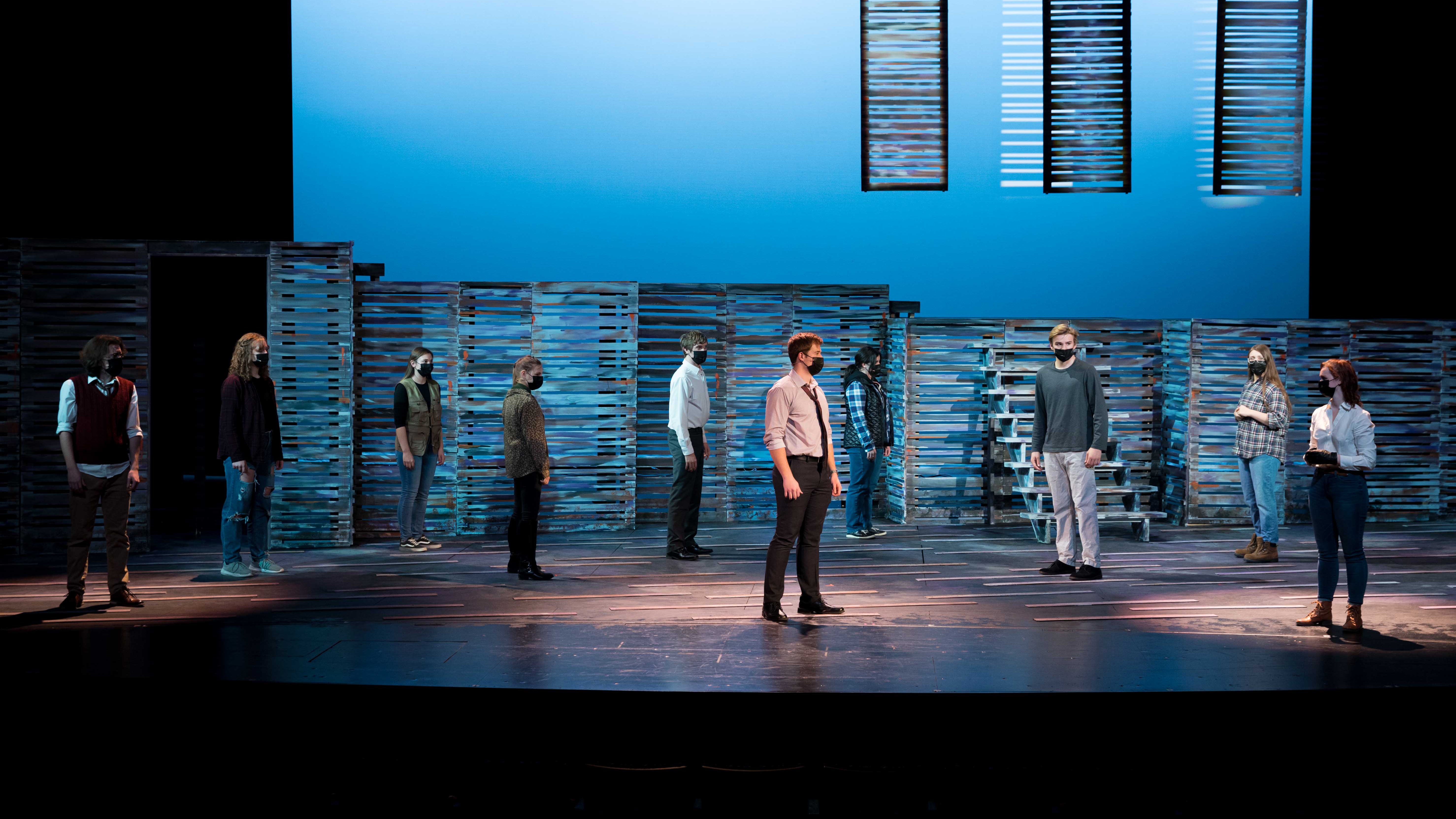 Performing in a Pandemic

Programs within the School of Performing Arts and related extracurriculars thrive on live performances. Due to current circumstances and JacksRBack guidelines implemented for South Dakota State University and its events, live performances were modified to happen safely.

The school held its first performances since the start of the COVID-19 pandemic, giving students hands-on and in-person performance experience while maintaining social distance and the necessary protocols.

Music students performed several ensembles throughout McCrory Gardens, allowing attendees to stroll through the gardens to view different performances in smaller groups. Some of the ensembles even wrote their own music for this show.

“Reflections,” a series of performances by State University Theatre and Dance, also took place in McCrory Gardens. According to the digital program, the project was “a collaborative, student-devised performance experience. Initially, student participants were asked to walk through McCrory Gardens and reflect on their experiences and feelings in response to how the past months have affected them. They then shared those thoughts with their peers. Students with similar or aligned responses worked together in one of five groups.”

J.D. Ackman, professor of theater at SDSU, said this project was highly collaborative and offered opportunities for faculty and students to create new work together.

“This goes far beyond the usual production of an existing script or musical libretto,” Ackman said. “The site-specific nature of this project helps expand the students’ views as to the possibilities of performing in nontraditional venues and includes script writing, acting, original choreography, dance and music.”

The Pride of the Dakotas Marching Band performed in the Dana J. Dykhouse Stadium. The performance, which was livestreamed on YouTube, was attended by a limited number of family and friends. The Pride also broke into smaller groups for Friday concerts on Sylvan Green and outside the University Student Union in October. The Pride also performed at the Hobo Day football scrimmage.

Music students held 15 junior and senior recitals. Faculty held their own as well in Founders Recital Hall. The School of Performing Arts broadcasted each of these over Facebook Live for friends and family to see.

Band and orchestra directors studied the research on aerosol production on wind instruments to come up with a seating arrangement for performances of wind ensembles. Jazz ensembles as well as the symphony orchestra and wind symphony were able to perform concerts on the Larson Memorial Concert Hall stage in smaller groups.

The SDSU Choirs recorded their traditional Yuletide repertoire for a December release. This year’s performance as well as highlights from other recent shows will be aired on SDPB Radio on Christmas Day.

In November, State University Theatre performed “The Living”, by Anthony Clarvoe in the Oscar Larson Performing Arts Center. The show, which was rehearsed and performed following social distance guidelines, was played to a limited capacity in-person audience, and synchronously livestreamed for viewers. “The Living” is set in London in 1665, when the bubonic plague causes the city to struggle through an epidemic.

“The entire rehearsal and performance process followed both institutional and performance industry COVID-19 safety standard. Student performers, designers, and technicians learned to adapt to the necessary changes. I am proud of how our students met the many challenges.” 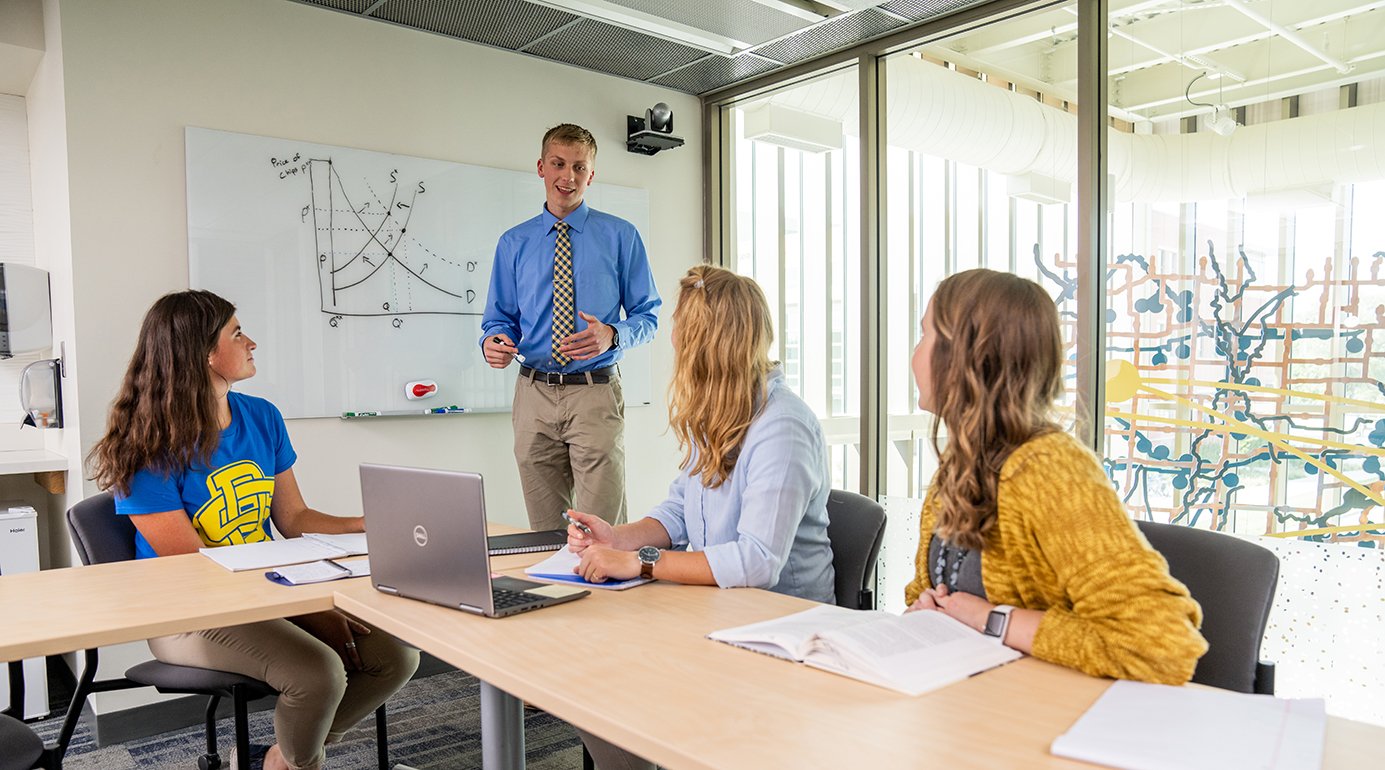 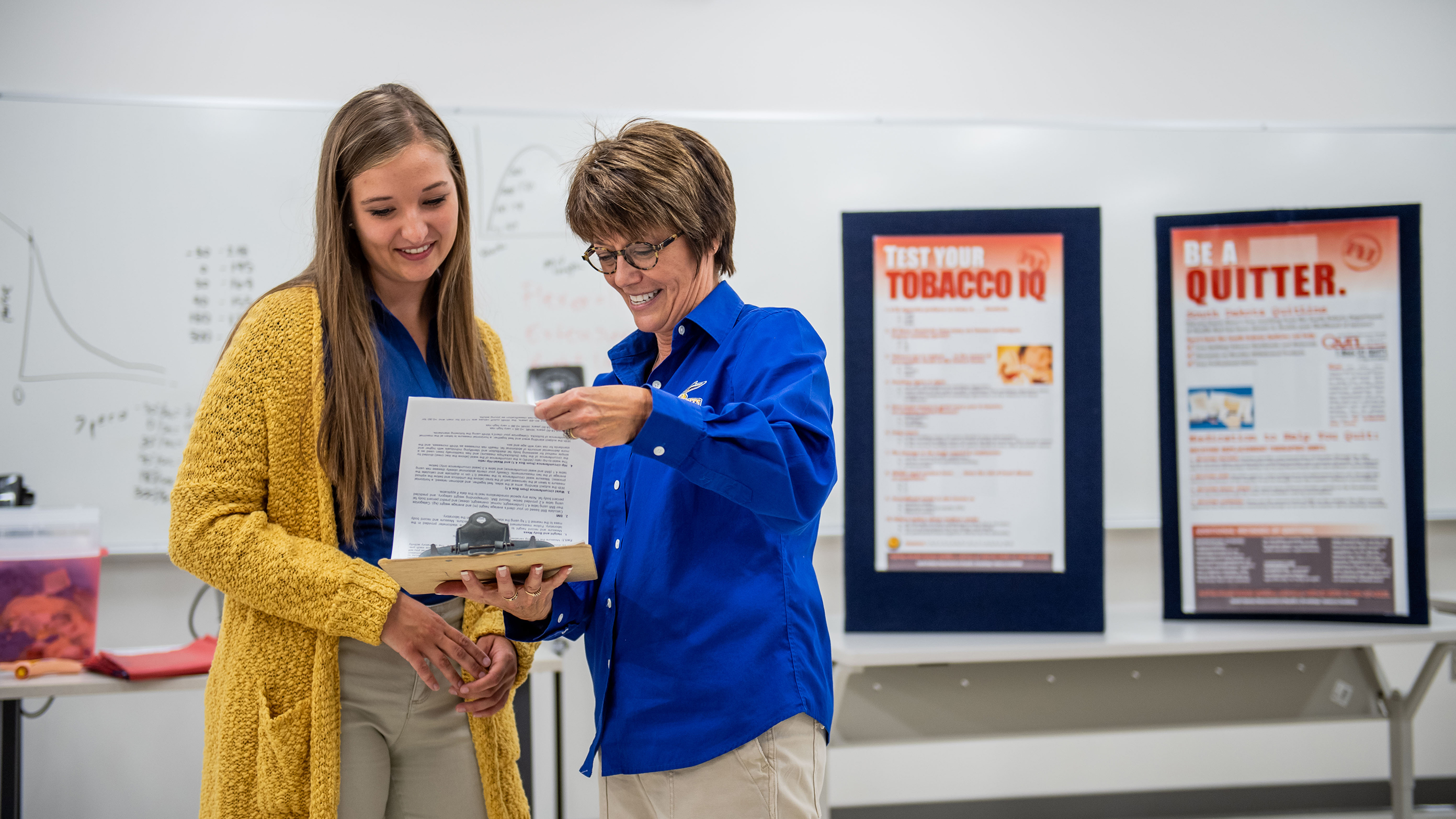